Hancock County is included in the Indianapolis–Carmel–Anderson, IN Metropolitan Statistical Area 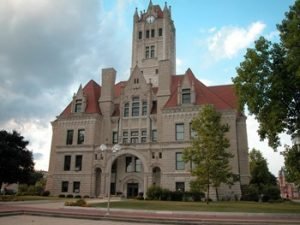 Hancock County was officially formed on March 1, 1828. It was named for John Hancock, president of the Continental Congress, who signed his name prominently to the Declaration of Independence.[4][5]

The county government is a constitutional body, and is granted specific powers by the Constitution of Indiana, and by the Indiana Code. 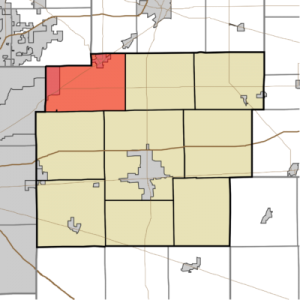 County Council: The county council is the legislative branch of the county government and controls all the spending and revenue collection in the county. Representatives are elected from county districts. The council members serve four-year terms. They are responsible for setting salaries, the annual budget, and special spending. The council also has limited authority to impose local taxes, in the form of an income and property tax that is subject to state level approval, excise taxes, and service taxes.[7][8]

Court: The county maintains a small claims court that can handle some civil cases. The judge on the court is elected to a term of four years and must be a member of the Indiana Bar Association. The judge is assisted by a constable who is also elected to a four-year term. In some cases, court decisions can be appealed to the state level circuit court.[8]

County Officials: The county has several other elected offices, including sheriff, coroner, auditor, treasurer, recorder, surveyor, and circuit court clerk Each of these elected officers serves a term of four years and oversees a different part of county government. Members elected to county government positions are required to declare party affiliations and to be residents of the county.[8]