LIVING IN ZIONSVILLE
Zionsville is a somewhat small town located in the state of Indiana. With a population of 26,784 people and three constituent neighborhoods, Zionsville is the 60th largest community in Indiana. Zionsville has seen a significant amount of newer housing growth in recent years. Quite often, new home construction is the result of new residents moving in who are middle class or wealthier, attracted by jobs, a healthy local economy, or other amenities as they leave nearby or far away areas for greener pastures. This seems to be the case in Zionsville, where the median household income is $118,190.00. Zionsville Indiana Houses For Sale

Zionsville is a decidedly white-collar town, with fully 90.43% of the workforce employed in white-collar jobs, well above the national average. Overall, Zionsville is a town of professionals, managers, and sales and office workers. There are especially a lot of people living in Zionsville who work in management occupations (18.04%), sales jobs (10.96%), and healthcare (9.96%). Zionsville Indiana Houses For Sale

Also of interest is that Zionsville has more people living here who work in computers and math than 95% of the places in the US. Zionsville Indiana Houses For Sale

A relatively large number of people in Zionsville telecommute to their jobs. Overall, about 7.74% of the workforce works from home. While this may seem like a small number, as a fraction of the total workforce it ranks among the highest in the country. These workers are often telecommuters who work in knowledge-based, white-collar professions. For example, Silicon Valley has large numbers of people who telecommute. Other at-home workers may be self-employed people who operate small businesses out of their homes. Zionsville Indiana Houses For Sale. 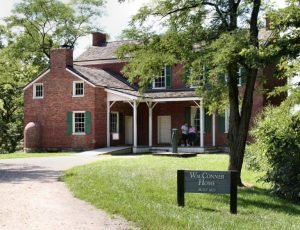 In addition, Zionsville is home to many people who could be described as “urban sophisticates”. Urban sophisticates are educated, wealthy, executives and professionals, who have urbane tastes in books, food, and travel, whether they actually live in a big city, or choose to reside in a small town. In big or medium-sized cities, urban sophisticates tend to frequent art institutions such as opera, symphonies, ballet, live theatre, and museums.

Zionsville is a good choice for families with children because of several factors. Many other families with children live here, making it a place where both parents and children are more likely to develop social ties with other families. The town’s good public school district and large population of college-educated adults provide an environment conducive to academic success. Many people own their own single-family homes, providing areas for children to play and stability in the community. Finally, Zionsville’s overall crime rate ranks among the lowest in the country, making it one of the safest places to raise a family.

The people who call Zionsville home describe themselves as belonging to a variety of racial and ethnic groups. The greatest number of Zionsville residents report their race to be White, followed by Asian. Important ancestries of people in Zionsville include English, Irish, Italian, and Polish.

The most common language spoken in Zionsville is English. Other important languages spoken here include Indic languages and Chinese.